Rejuvenation procedures typically performed in conjunction with a facelift are brow lift, to correct a sagging or deeply furrowed brow, and eyelid surgery to rejuvenate aging eyes.

What facelifts won’t do:

As a restorative surgery, a facelift does not change your fundamental appearance and cannot stop the aging process.

Is it right for me?

A facelift can only be performed surgically; non-surgical rejuvenation treatments cannot achieve the same results, but may help delay the time at which a facelift becomes appropriate and complement the results of surgery. Facelift surgery is a highly individualized procedure and you should do it for yourself, not to fulfill someone else’s desires to to try to fit any sort of ideal image.

Facelift surgery is a good option for you if:

What Happens During Facelift Surgery?

Medications are administered for your comfort during a facelift procedure. The choices include intravenous sedation and general anesthesia. Your doctor will recommend the best choice for you.

A variety of other procedures can further enhance the outcome of a facelift. They include:

Depending on the degree of change you’d like to see, your rhytidectomy surgery choices include a traditional facelift, limited incision facelift or a neck lift.

A traditional facelift incision often begins in the hairline at the temples, continues around the ear and ends in the lower scalp. Fat may be sculpted or redistributed from the face, jowls and neck. Underlying tissue is repositioned, commonly the deeper layers of the face and the muscles are also lifted.

Skin is redraped over the uplifted contours and excess skin is trimmed away. A second incision under the chin may be necessary to further improve an aging neck. Sutures or skin adhesives close the incisions. 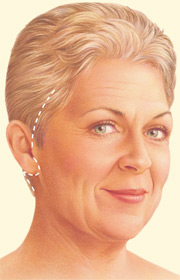 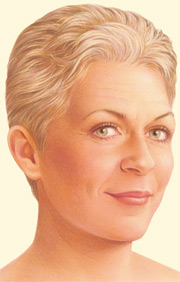 An alternative to a traditional facelift uses shorter incisions at the temples, continuing around the ear and possibly within the lower eyelids or under the upper lip. 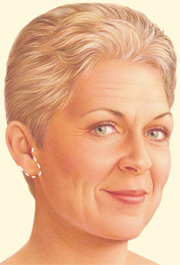 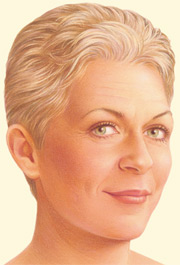 Sagging jowls, loose neck skin and fat accumulation under the chin may be corrected with a neck lift. The neck lift incision often begins in front of the ear lobe and wraps around behind the ear ending in the lower scalp.

Once healed, the incision lines from a facelift are well concealed within the hairline and in the natural contours of the face and ear.

The visible improvements of a facelift appear as swelling and bruising subside. Your final result should not only restore a more youthful and rested appearance, but also help you feel more confident about yourself.

See Before / After Photos

View our gallery of before and after pictures.

Get Driving Directions To Our Practice